The Night Ghost – A Story

There is a small village in Upstate New York with many women. I happened upon that town at one point in my travels. The people were friendly and Every night I would go for a run despite warnings. During that same time a young girl named Joanne. She had long black hair and light auburn skin and a slender build.

Every night, I would here her mother yell for her in a big booming voice, “Joanne don’t you go out looking for that boy, you might see the night ghost!”

Joanne wouldn’t pay her mother attention and would keep on walking down the roads to find her boyfriend Gino. Gino was a tall man, in his early twenties. I would always see the two of them hand in hand, Gino scolding Joanne lovingly for having come out into the dark night looking for him, and Joanne assuring Gino that their love would keep her safe.

Around the time that the leaves were falling, near the end of October. I heard Joanne’s mother boom out, “Girl, if you don’t come in here, it’s the darkest night of the year, you’re sure to see the night ghost!”

“Mama,” Joanne said as the screen door slammed behind her, “My love for Gino will keep me safe.” Joanne ran off into the darkness of one of the side streets, her hair swaying in the wind behind her cutting through the cold autumn air. END_OF_DOCUMENT_TOKEN_TO_BE_REPLACED

I like the idea of preserving the native languages. According to my mother, who has since passed, my father was part Native American. I am sure that learning my native language is going to take a very long time. Unlike my neglected Spanish there really are not people out there speaking Oneida all day.

It is my goal to learn at least one of the languages indigenous to America, I have chosen Oneida because I am from the New York region and barring finding out that my father’s ancestors spoke Navajo or something else, I am going to have to just pick something and learn it. I hope that is not offensive but I really want to just preserve what hundreds of years of flawed language policy has destroyed.

2)      Learn to Breakdance or Melbourne Shuffle.

I happen to believe that everyone in the world should know how to do at least one amazing thing that most other people cannot do. Many people know how to breakdance and Melbourne Shuffle (Or if you are in Melbourne I am sure it is just The Shuffle), but I do not and I think it is amazing. I also remember watching movies where the hero would amaze some woman with his awesome dancing skills, usually some kind of ballroom dancing or tap, I don’t like tap or ballet or froufrou ballroom dancing.

I like the gritty reality of doing dances born out of abject poverty or ones that involved copious amounts of ketamine and MDMA. So either I would like to learn to breakdance well or Melbourne shuffle to a level that would make someone male or female, I really do not care, swoon.

Me with my Fat Royalty Check

I mean for real published. Being self-published or self-epublished will not count. I want some company to say to me, this book is good and we want to pay you for the rights to publish this book and market it and make you go on book tours. Any other option is not a real accomplishment. I want to be a Writer, and while I have received payments for writing, in my mind to be a real writer it means I have to receive payment to publish a book. Therefore, for me to die happy I have to have a published book.

I have very unsuccessfully attempted this feat of writing 50,000 words for a novel during the month of November twice. I plan to attempt this again. Considering that I want to be a Professional Writer (with all the cool corporate sponsorships and Gatorade Commercials), it should not really be a feat for me to write 50,000 words in one month. Even if it is 50,000 words no better than those terrible Goosebumps books that I used to read to add length to the Drop Everything and Read challenge. Join Here.

For the very same reason I state above for NaNoWriMo. Did you know I thought up a very similar yet totally 100% better than that Hot Tub Time Machine? Well, now you know. However, I totally did not even attempt to write that script. Why didn’t I? Well, aside from the fact that I am ass lazy,  I am also a jerk. Therefore, I am going to do this even if it kills me because damn it I must. 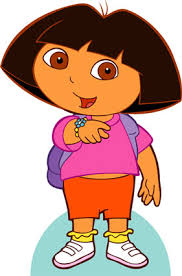 I love that area and rather than be an ass and refer to it improperly I named them separately. I think that if there were past lives and all that nonsense that I was an aging British dude who kept wishing he could go back to his motherland but died in America for some reason. So for that reason, I must find myself visiting until that old dead dude is satisfied.

8)      Learn to play something very complicated on the Violin

I was NEVER this good

I played violin all thru middle school and high school, I had played for a little in elementary school but had eschewed that in favor of being popular and wearing clothes from the gap. My quest to be popular did not last. I tested in the top 5 percent on a standardize test was taken out of my classes and studied such wonderfully fun things like the origination of laws, which being in the 4th grade definitely destroyed all hopes at being part of the popular crowd. Nevertheless, I gave up playing the violin and eventually restarted never being able to excel at a level above the minor effort I put in. I figure if I start playing again sometime before I hit 35, when I’m so old I don’t want to live any more I should be able to play a song complex and beautiful that makes junkies decide to quit shooting junk.

9)      Sequence my DNA
I want to find out everything I can about my history. I have seen on some nighttime talk show people sequencing their DNA and finding their ethnic lineage. I want to find out my roots. It would be awesome.

10)   Get Married in Vegas Dressed as Elvis
Doing something silly is a necessity; I would love to do this. Just once for fun.

I love Neophyte, I’ve been listening to his awesomeness for years. And it just stands to argue that I need to meet him. He doesn’t play in the States often so I’d most likely have to go to Europe to see him and the Masters of Hardcore. But I’d be with the Army of Hardcore so why not.

Here’s his song “Always Hardcore” to show you one example of his great music:

So does this purse do my taxes?

I am not talking about a big screen TV or a Car. I am talking about something that has no right being expensive, like a $2,000 purse or a pair of shoes that the money used to purchase it could feed and clothe 10 families in Zimbabwe. I want to do something so terribly consumerist and utterly American. Something that after owning it for 15 minutes I just say to myself, I have to take this back but know that the store does not accept returns.

So, what is in your bucket list? Is there something that I should have in my bucket list that I don’t have? Let’s get this conversation going.